Music of plants – the pianist: a 200-year-old silver fir in the Lesachtal mountains in Austria.

Clouds of mist drift past and over a 200-year-old silver fir at 1600 m above sea level. A cow shakes its head. Its bell sounds, muffled by the rain-soaked air, horses graze behind it. Under the silver fir stands in the soft wet grass a brand-new grand piano, playing music as if by itself!

(The silver fir improvicing on it’s own)

7306 Silver Fir playing on piano Music of the plants long

Music of the plants – a new world of communication between plants and people is opening up.

Dr. Georg Lexer, founder of the first holistic surgery clinic in Austria in the 1990s, organised budget, alpine pasture, grand piano and film team to make this project possible. Our team around Prof. Maximilian Moser was on an alp in the Lesach Valley last week for filming with the ORF, where this fairytale film was made.

There, an ancient silver fir awaits us, its blackened trunk bearing witness to lightning strikes it has survived, but still sprouting vigorously green.

Bamboo, a small box that converts the oscillating resistance changes in the tree into sounding musical tones and MIDI signals, helped us realise our project: a piano concert on a mountain pasture, played by a fully grown tree.

To make the interaction between man and plant even clearer, we invited several musicians and an artist who improvised to the sounds of the tree, read or pre-set pieces to which the tree improvised:

Dr Franz Inzko is a medical doctor and musician.

Maria Brunner is a professional violinist and church music director in Innsbruck,

Christian Michael, came directly from the Salzburg Festival, where he had sung in „Aida“ the night before,

and our multi-talented narrator Catharina Roland, who also makes award-winning films (“Awake”) and plays a leading role in a network for the foundation of a new, peaceful society. 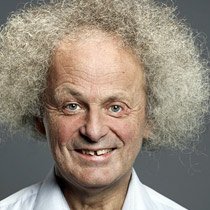