Our Earth is an intelligent organism composed of beautifully diverse life forms and various elements, each with a unique consciousness.

On this Earth, life forms are meant to live in symbiosis with one another. When all is in balance and respected, plants, animals, humans, the elements and even crystals are all meant to serve each other for all of our greatest healing and evolution.

The diversity of the consciousness among all forms on Earth is part of the complexity and beauty of this planet. This means that every form is a teacher and a student, even inanimate forms. We all have much to learn from each other because each being and elements is so different from another.

There is a tendency for many humans to believe that we are a superior species because we express ourselves in very obvious and loud ways to us, when in reality all forms are expressing themselves. And all forms play an integral role in the existence of this planet. In reality, another way to measure intelligence is by examining which beings are sensitive, receptive and able to interpret all of the information presenting in every moment.

With time, technology will continue to be developed that allows us to better connect with and understand other forms. Just as humans will return to a state of greater sensitivity to all beings and things such as when we lived closer to Nature. This was a time when a greater symbiosis between all things existed and this is the goal of the creation of the new Earth.

The good news is we are returning to this way of interconnected conscious cohabitation with all that is with a more modern twist. We can celebrate the break throughs that have already come to fruition with one example including the research and inventions by Damanhur, our spiritual community who over the past decades has developed a device that measures the change in resistance of plants in real-time, similar to the lie detector test, and then this data is converted to midi notes, which produces sounds and ultimately music.

Much research has been done on plant consciousness and behavior using this technology, which has allowed for us to better understand plants at a much deeper level including that they too feel pain and they too are social beings.

If you’d like to get to know your plants at home more deeply, The Music of the Plants device is a convenient and entertaining way to connect to the consciousness of your plants and listen to their self expression. May open your mind and heart to receive how they wish to communicate with you. 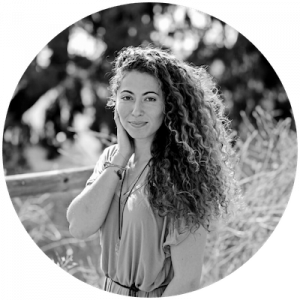 Nghala Bianca aka Dr. Nikki Starr shares about spirituality and consciousness throughout the world.