Music of the Plants in the Danish romantic comedy ‘Venuseffekten’

Scanbox hold the rights to the Danish romantic comedy ‘Venuseffekten’, which will be released in theatres on November 18th in Denmark. Venuseffekten is a romantic love story with several comedic elements, and it can best be described as the closest you can come to a “sustainable” and “organic” film.

Click here to see the part of the film with Music of the Plants. 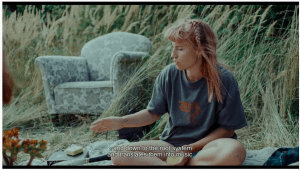 The young woman Liv lives in the outskirts of Denmark, where she works at her parent’s planting nursery. When she meets the adventurous and chaotic Andrea from the big city, her values are put to a test while she slowly falls in love with this flamboyant young woman. It’s a film about carrying on the legacy of one’s parents, about living the simple life in the countryside vs. the energetic big city, but it is also a celebration of nature.

We are very honoured by this collaboration, and may Plant Music inspire many more people!

Watch the full trailer of the film here: https://www.youtube.com/watch?v=9GKXD9b3Msk

U1 DEVICE Music of the Plants: https://www.musicoftheplants.com/shop-online/u1/